Energy Certification of the “Poppy” Nursery in Palermo 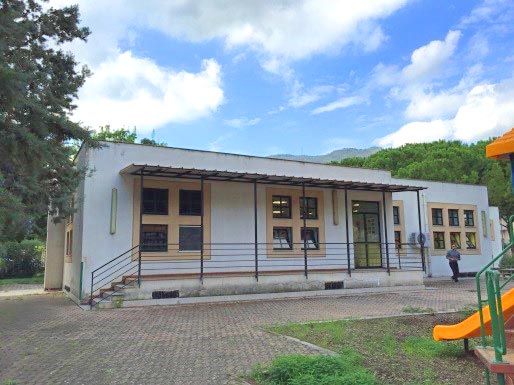 Energy Certification of the “Poppy”  Nursery in PALERMO

The article describes the methodology developed to address the theme of energy efficiency in a municipal building, which is a reproducible example for the entire property estate of Municipality of Palermo. The study was carried out on a kindergarten, recurring type of construction in the municipal building park.

They started from the realization of an energetic diagnosis to the energy certification of the building, in line with the regulations in force in Italy (DM of 26/06/2015), to end with the proposition of interventions of energy efficiency to be realized on the “Poppy” nursery, located in Palermo, in the Borgo Nuovo district.

The study was carried out implementing the methodology described below consisting of the following actions:

The building consists of a ground floor building with a total gross floor area of 355.72 m2, a total dispersing surface of 991.85 square meters and therefore with a shape factor equal to 0.59 1 / M. Its structure consists of a flat concrete slab covering, unobstructed masonry walls and a floor made of a lateral concrete slab on the nest. Transparent dispersing surfaces are made up of windows and window doors with a surface of approximately 60 m2, made of metal frames and single glazing with low thermal resistance. The energy services present are: winter air conditioning, hot water production, summer air conditioning and lighting. The energy sources used are natural gas for winter air conditioning and electricity for hot water production, summer air conditioning and lighting; Part of the latter is satisfied with that one produced by a photovoltaic plant. The heating system consists of a standard base boiler with a nominal power output of 70 kW and steel radiators. The hot water generator consists of 3 electric storage boilers, with a rated load of 1.2 kW each. With regard to lighting, the census of the typologies and the number of light sources has resulted in an installed electric power of 4.32 kW. The cooling system, on the other hand, consists of 6 heat pumps, located in the most frequented environments, with cooling power ranging from 2.1 to 5.3 kW. The photovoltaic system, placed on the roof, has a power of 6 kWp.

Calculations were made for the determination of the non-renewable global energy performance index of EPgl, nn 222.5 (kWh / m²) and of the Global Energy Class, equal to C class.

At the same time, the energy diagnosis, that preceded the start of any energy efficiency project, with the acquisition and consultation of all necessary data, was carried out In order to understand how energy is used in the building and to identify any waste.

In addition to obtaining data on building envelope and air conditioning systems, all electrical equipment (fax, photocopiers, computers, etc.) and lighting fixtures have been registered, together with real energy consumptions, derived from monthly invoices for electricity and natural gas consumptions.

The set of data and information has been used to identify opportunities for building energy efficiency improvements.

The energy auditing phase ended with the analysis of  benchmarking index; this comparative benchmarking compares the energy consumption of a building with that one of similar structures, enabling evaluation of opportunities for improvement and quantifying the possibility of obtainable savings.

Subsequently, energy efficiency measures were considered, evaluating both the costs and the energy savings derived. For the choice of interventions, the critical points of the building were taken into consideration, that is, both the wrap elements and technical installations such as winter and summer air conditioning, hot water production and lighting. The following interventions have been suggested:

It is also expected to replace the existing boiler and individual heat pumps with a new air-to-air cooling air conditioning system for cooling and heating, consisting of a 28,00 kW cooling/cooling motor and 31.50 kW in heating and “lowered” canalized internal units for false ceiling installation. The old distribution system will not be taken into account. The plant will be sized to work for over 90% of the time at a load percentage ranging from 30% to 60%. Under these conditions, the motor-condensing unit will have an average COP and EER of more than 6.00 at nominal operating conditions.

Finally, for the needs of domestic hot water, a forced circulation system is foreseen. Consisting of a solar hot water tank with a primary circuit connected to two solar collectors. The energy collected from the solar collectors is sold through a heat exchanger to the water contained in the accumulation, while the circulation of the heat conductor is carried out by means of an electric pump controlled by an electronic control unit. The control unit stops the pump when the collector flow temperature is lower than that in the accumulator (eg during the night). In the days of no solar irradiation, the boiler ensures the supply of energy.

The total cost of the planned interventions is approximately € 86,450.00 and the EPgl index would not exceed 45,3 kWh / m2, in class A4. This value would allow access to the funding contained in the Energy Account Decree 2.0.

The economic evaluation of the energy efficiency measures was carried out by the determination of the return time (TRA), which is 8.3 years.