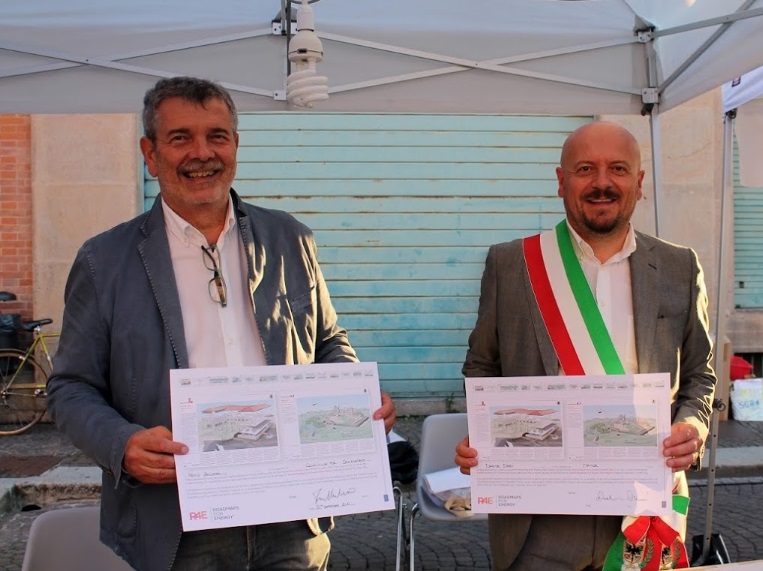 Last 24th September 2016, Forli joined to the group of partners who have already signed the official statement of the R4E. This statement is a solid proof  through which the city of Forli and in this case its Mayor, Davide Drei and its Councillor for the environment Nevio Zaccarelli, pledge themselves to support all the actions, initiatives and projects that can derive from the roadmaps to be delivered at the end of the R4E project. This commitment is crucial to empower the outcomes of the project and guarantee that the methodology will be fruitful in the long term. The statement , that is shown below, has been signed by the mentioned representatives of the Municipality of Forli and it includes the visions of the city for 2050, these visions represent how Forli should look like in that ideal scenario that has been designed by Forli Municipal experts, their local stakeholders and their policy makers. The visions of Forli include all the features, services and characteristics they have considered needed in that ideal future in which Forli can provide the highest standards of quality of life to its citizens within this areas. R4E Statement signed by Nevio Zaccarelli, Councillor for the Environment of Forli