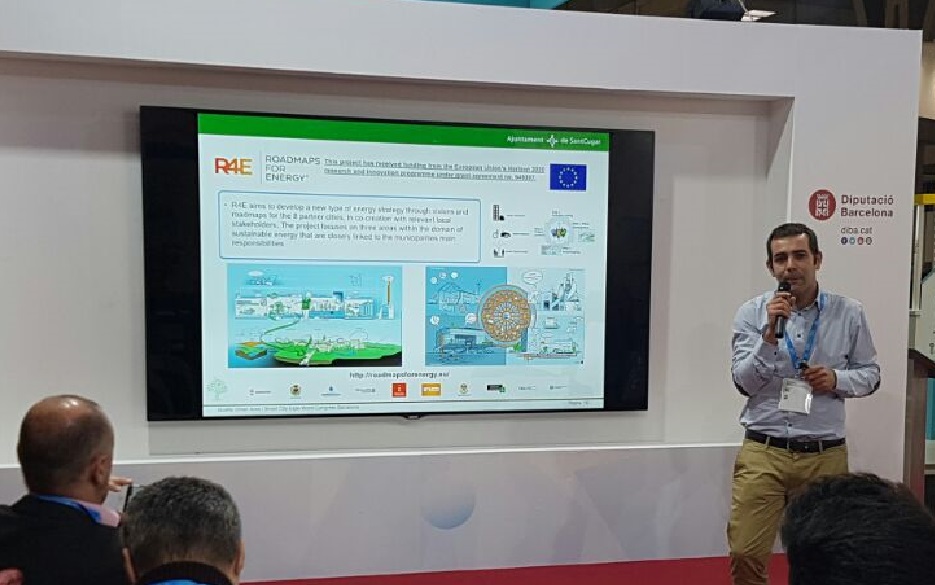 The city of Sant Cugat del Vallès was present in the Smart City Expo & World Congress of Barcelona this year. Sant Cugat is well known as a very active and comitted city in terms of developing innovative projects and actions in the fields of urban infraestructures, the improvement of recreations areas likes parks and gardens and the creations of smart city tools to make life easier to its inhabitants. As a result, apart from its participation in the R4E project, Sant Cugat is also involved in other EU funded projects such as: Newtrend, Optimus and Chess set up. Sant Cugat exhibited an own stand in the Expo and was a showcase of the lastest projects and actions that the Municipality has been involved in. The R4E project was introduced as one of its main projects in terms of expected impact in the city, involvement of stakeholders and relevancy of the measure that will derive from its outcomes. Gerard Riba showing the work donde within the R4E project so far.