Murcia, awarded for its leadership in fighting climate change 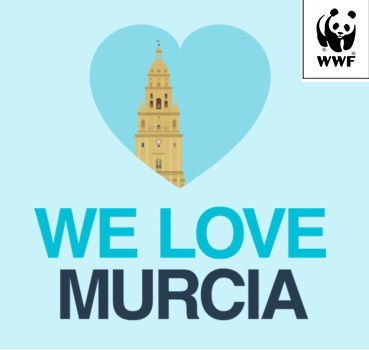 Murcia, awarded for its leadership in fighting climate change.

Antonio Navarro Corchón, Councilmember for Urbanism, Environment and Agriculture, claimed the first prize of the national “global Earth Hour City Challenge 2015-2016” in Madrid, organized by the WWF, which Murcia received because of ALEM, the Local Agency for Energy and Climate Change.

The international competition distinguishes cities that are leading the action to combat climate change worldwide. In Spain 16 municipalities presented their applications, of which Murcia and Palma de Mallorca were the finalists of the National WWF World contest, Spain.

The award ceremony took place today during the conference entitled “The Challenge for cities to combat climate change”, in which the major networks of sustainability in cities are included, among them, the Covenant of Mayors at European level, and the Spanish Network of Cities in favour of the Climate FEMP.

Then is the turn of the initiative of the “Challenge of the cities of Earth Hour 2015-2016” with the two finalist cities, Murcia and Palma de Mallorca.

Antonio Navarro presented Murcia’s main actions at the event, commitments and proposals launched by the city of Murcia in its struggle against climate change.

One of the main actions is the Plan for Sustainable Energy in the Municipality of Murcia, based mainly on mitigation, among others the reduction greenhouse gas emissions, which aims to reduce CO2 emissions by 20% as soon as 2020.

In addition to the actions taken to improve the energy efficiency of buildings and services, the promotion of renewable energy and energy recovery, water and waste treatment plants, etc. This year the city of Murcia has focussed on a significant reduction in CO2 emissions which were achieved in mobility. Antonio Navarro explained that “transportation is the main source of CO2 emissions in the municipality of Murcia, about 40%, which is why it is essential to work on the transition towards a model promoting low carbon mobility.”

Much of the change has come by implementing improvements in public transport, with the combination of tram and bus, with a renewed vehicle fleet that ruins on natural gas low emissions. In addition, last year the tricolour pass, which allows public transport travel by combining the three operators in Murcia with a single card, conveniently, quick, effective and economical has been introduced.

Other noticeable steps towards the development of sustainable mobility in Murcia have been:

Also, Navarro Corchón stressed that ALEM, the Local Agency for Energy and Climate Change city of Murcia, has designed its “roadmap” for Murcia’s adaptation to climate change, culminating in the draft of the Municipal Plan of Adapting to Climate Change.