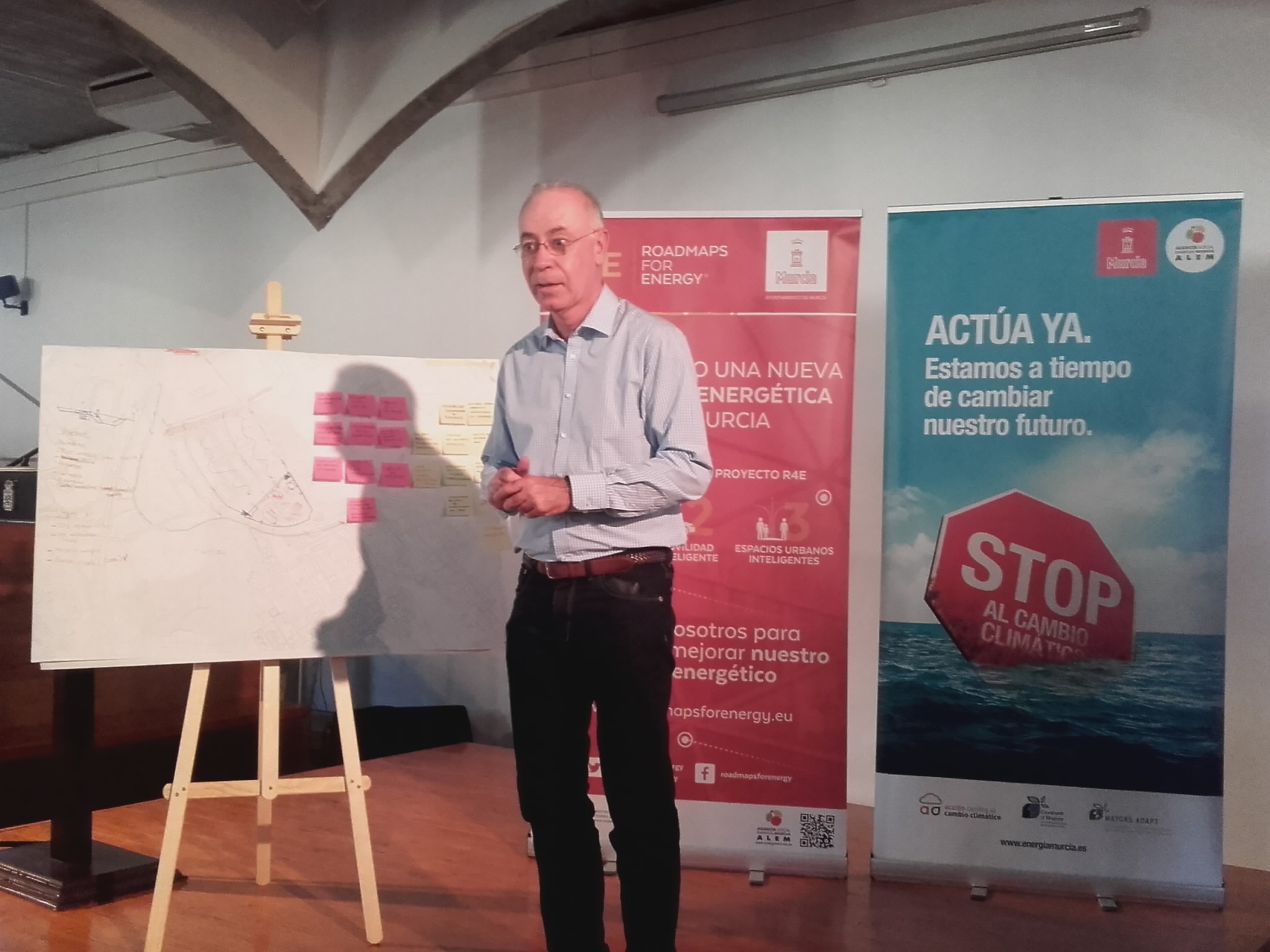 The city of Murcia looks to 2030 with debates, presentations and proposals on the effects of climate change on the world day Climathon.

The City of Murcia has participated in the Climathon 2017, the largest global climate change event, which is held for 24 hours simultaneously in major cities around the world.

It is, as explained by the councilor for Urban Planning, Environment and Garden, Antonio Navarro during its closure, “a space for debate, participation and identification of actions that should be implemented in our city to promote resilience to climate impacts more significant, such as water scarcity, the increase in extreme weather events, and the drift towards an increasingly hot climate “The participants have been divided into working groups, with the intention of proposing ideas that improve and enhance the integration of water in our urban landscape, elaborating projects for specific spaces, such as the Tirocosa Garden, next to the promenade of Espinardo and the Murcia River project, the most important fluvial space in the city. During the first session of the event, the team of Murcia city council introduced the R4E project to the attendees and underlined the relevance of this project regarding reducing the CO2 emssions and improving the energy efficiency within the Municipality.